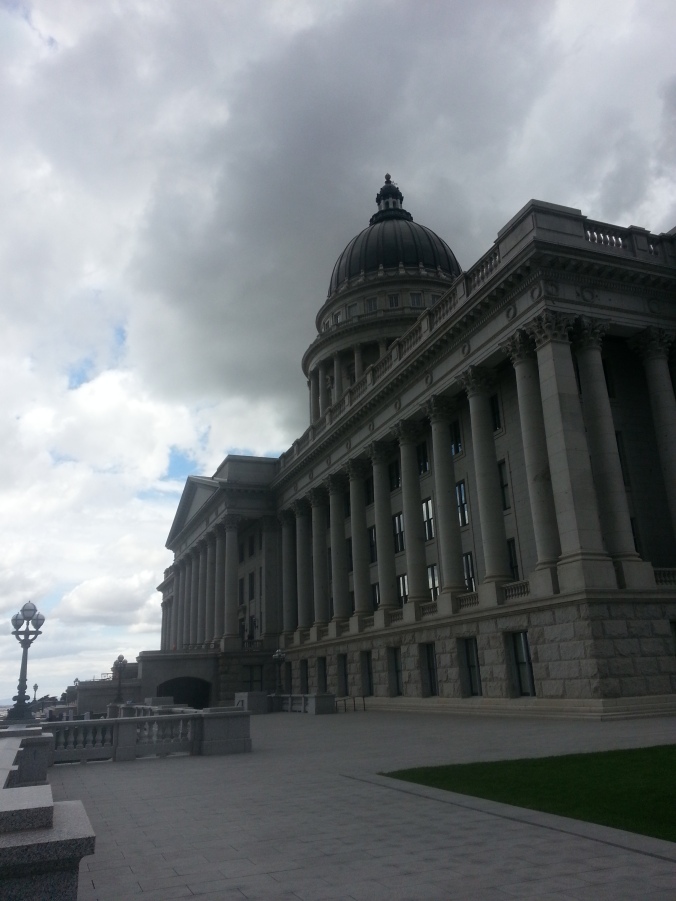 On of the impressive buildings that you can see almost anywhere en the skyline in Salt Lake City is the capital building. Every state has a capital building, some are quite similar other resemble more the various town halls. The capital building here sits very proud on the hillside slightly above the other buildings and commands a good view of the city and the valley.

I went and had a little tour around it as I wanted to see what the dome looked like from the inside. You will notice the building is a slightly smaller replica of another famous building over in Washington. I wasn’t disappointed, its all marble and columns and glass and looks very impressive. I was lucky enough to sing in here at Christmas and the acoustics were pretty awesome.

The main building houses a huge glass dome, and across two levels ha little snippets of Utah history. I had a tour and the guide wasn’t very impressed with my accent but told me I would enjoy the display case which housed some memorabilia Tom Hanks wore to film parts of Forrest Gump. I quite enjoyed some of the old maps and flags, and the stately room – not quite on the same scale as say Buckingham palace, but where the major does all his official meet and greets.

Whilst I was there it was a little dusty as they are currently revamping the foundations to make the building earthquake proof. I enjoyed admiring the dome, the great views and the peace and quite in the building. 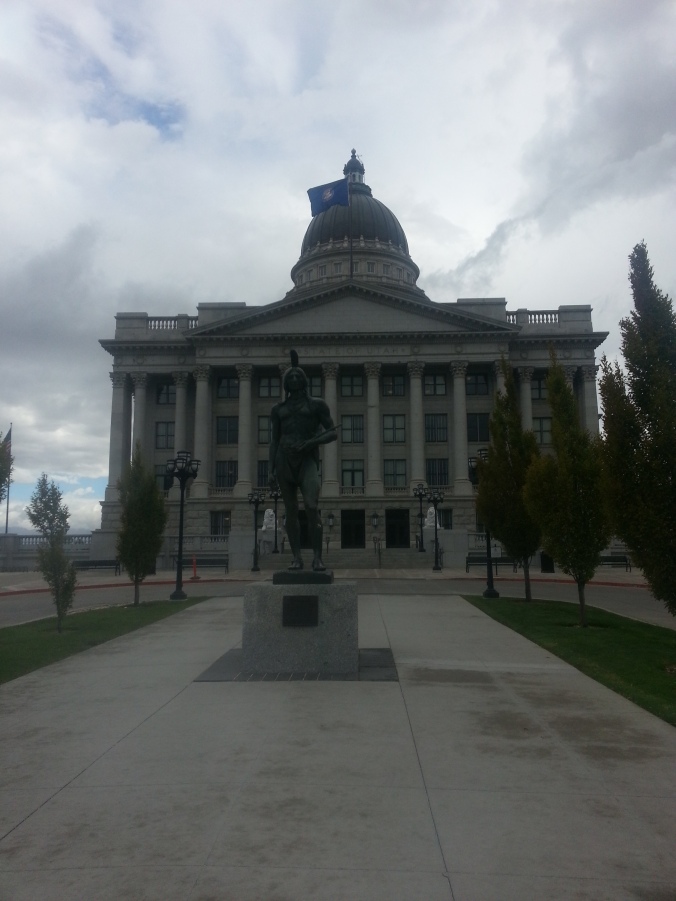 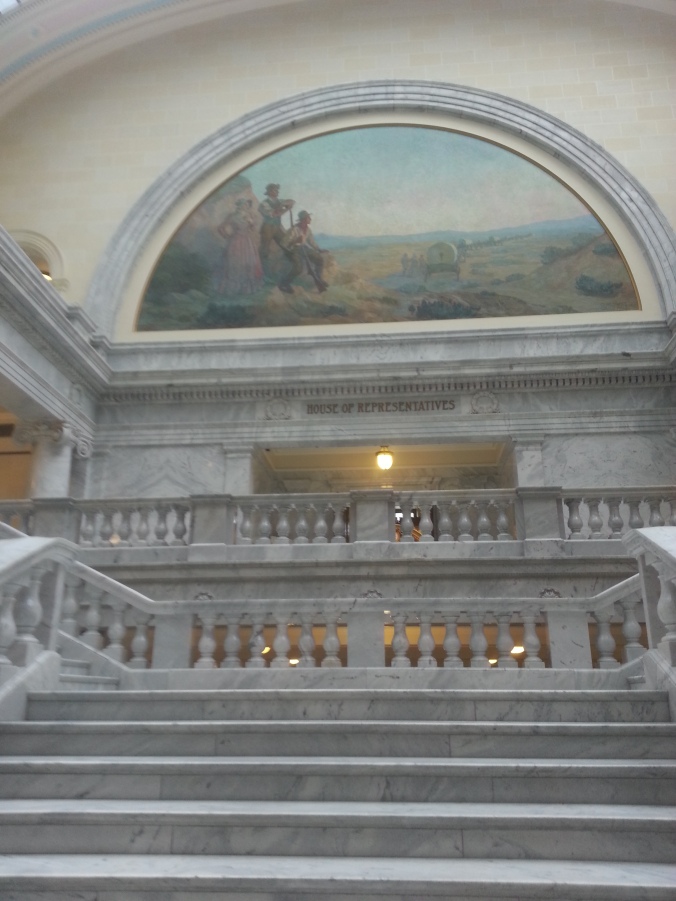 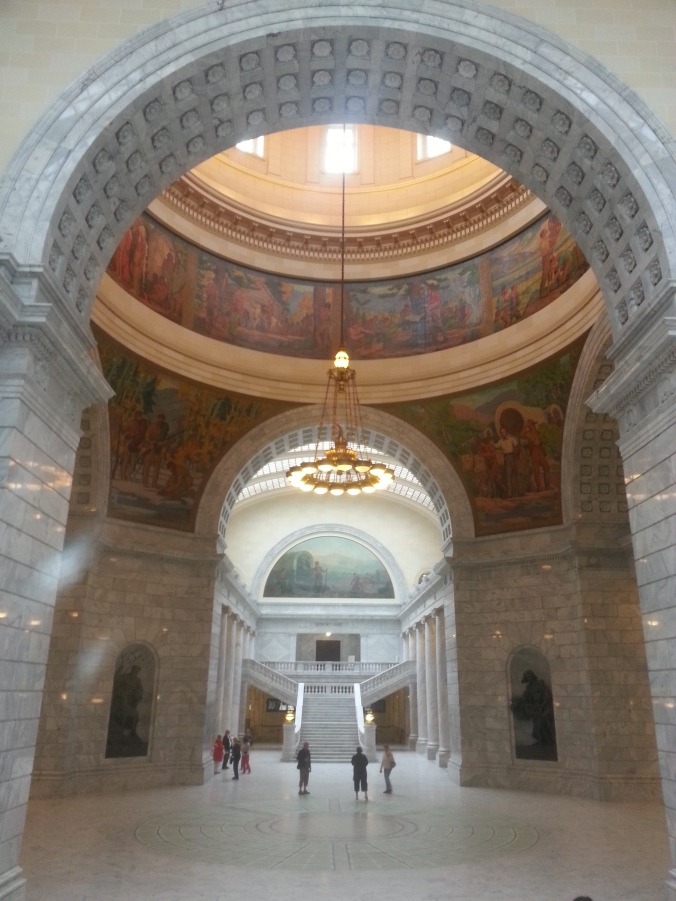 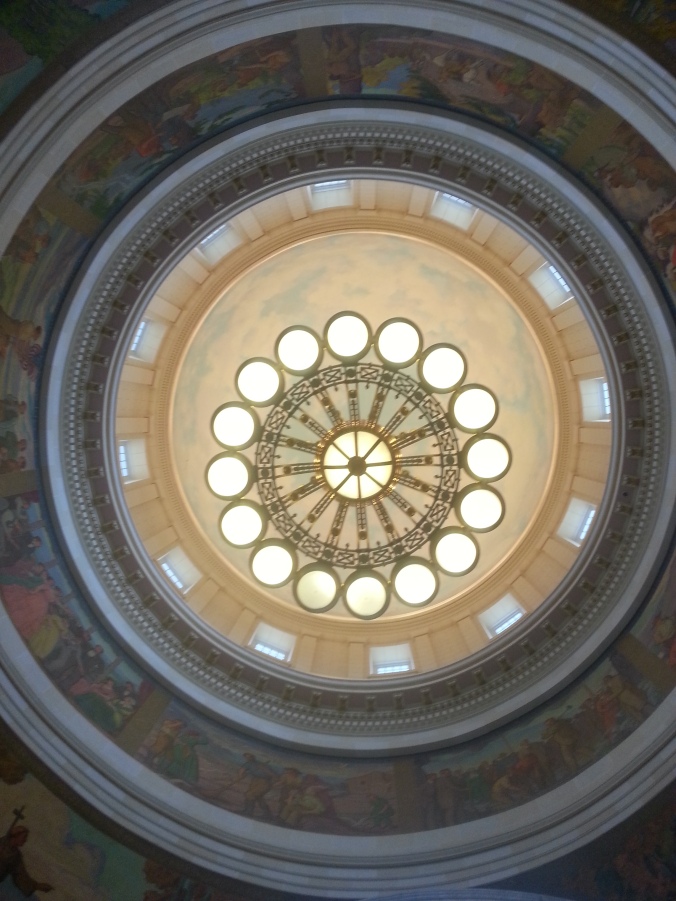 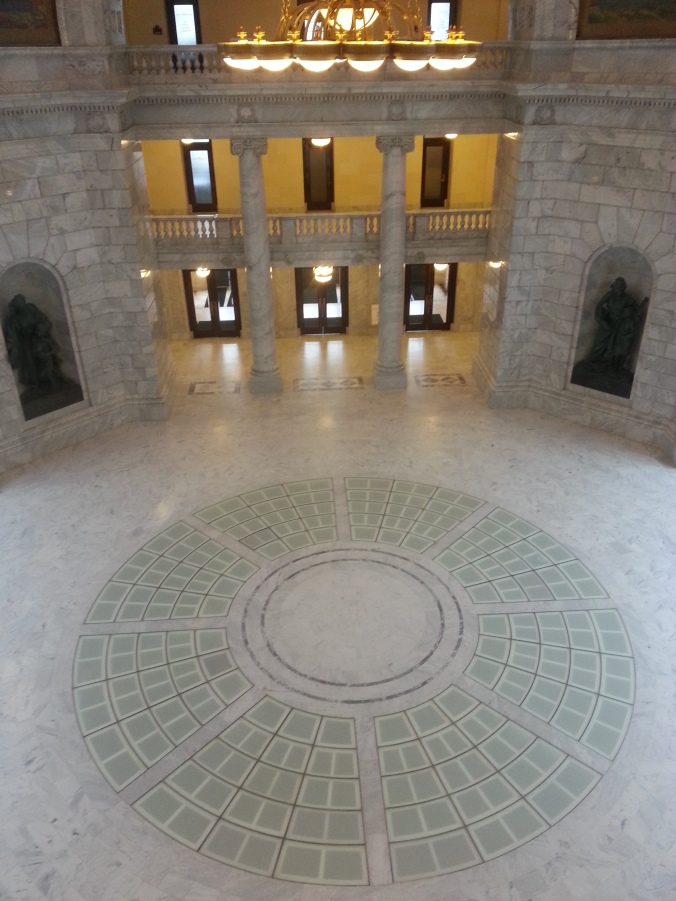